In the night someone destroyed the fence of the camping and tied to steal two e-bikes, but was not successful. He managed to tear the bicycles through the opening in the fence, but 10 meter further they had been dropped. Probably due to the weight (both were chained together) or the thieve was disturbed. What to learn from this lesson: At the last mile before the camping, look if someone is following you an buy an e- bike that does not look expensive. And what about an alarm, if somebody caries the bike away.

So now I was starting today’s route. A comfortable cycle path along the Vltava. My bicycle did not shift well and I was not able to select the lowest gear, so I made a technical stop. Nothing seemed to be broken, but I oiled the shift cable and readjusted the length. I now could use the lowest but not the highest gear, but that’s fine. For some kilometers the cycle route left the bank of the river and there was a small climb. The gear worked a expected.

On the route there were some Zameks (castles or palaces) and also much more cyclists as on the part south of Prague. Not because it is Saturday – they were tourists.

Czechia is one of the famous beer countries an what do you need for beer? Hops! On my way I saw a lot of Hops fields, that are currently harvested. The streets are full of the green fruit that dropped of during transportation and also some cyclists decorated their vehicles with hops.

Sometimes the cycle route has to variants. Pay attention: two variants had staircases to access a bridge over the river. I was happy to have opted for the small ferry in the first case and not to cycle through Melnick in the second case.

The confluence between Vltava and Lane was not visible , due to roadworks on the cycle path.

Near Libechov there is a Carbon Power Plant in operation, but it did not look like well maintained. Near the cycle path was a camper so the first impression, but at a second look everything inside the vehicle was green for camouflage and behind the camper was a heavy ordnance apparently to stop airplanes.

Near Racine the route left the river and passed a huge stadium called Lane Arena with a canal of at least 1 km long. For swimming or other water sports. It seems to be created in the communist area.

At they end of the day I arrived in Terezin, the Nazi concentration camp Theresienstadt. The monument was closed, but the whole citadel town was in use as Ghetto. After I pitched my tent on the Autokemp, I made a walk through the town. 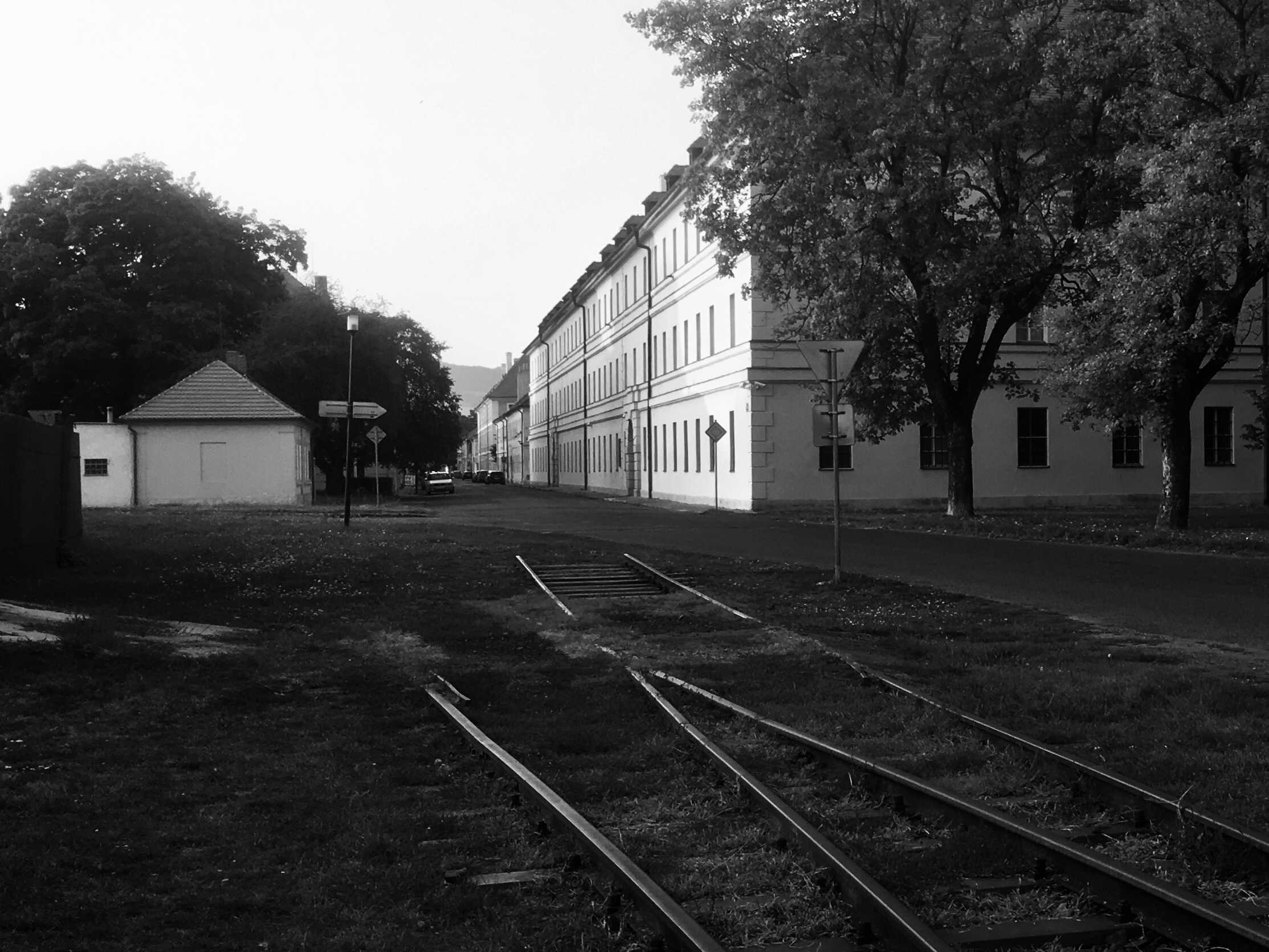 It is very quite an nearly no public live. The only restaurant is on an hotel, others marked on maps are closed down.

It seems all social life is on the Autokemp: There is beer, pizza and people come here to dance.

The first part until Neuötting I took the shortest route through the Isen valley. There are bridleways and small roads. One critical point was near Marktl with a very steep part without forewarning. I did not dismount in time an had a first meeting with the surface. The only damage was an USB cable for the phone that was torn in two parts. Cause was that I did not release my shoes from the pedal clip before I started the climbing.

After 50 km I passed Braunau with a camping, but it was to early to stop already. Next campings are near Bad Füssing, but they seem not to take cyclists. As I passed the area there was not any sign showing the entrance. On this part of the route I drifted away from the direct Inn cycle path, because a part was closed for maintenance. But also the small agricultural roads are nice. There are small villages with huge churches and some farms have old wooden buildings.

I returned to the Inn cycle path as the small roads ended up in roads with higher car traffic.

In the area between Würding and Neuhaus am Inn the cycle path is on a high dike, but after Neuhaus until the city boundary of Passau the route is through the woods and rocks. Some steep parts are here as well, at least to steep for the combination trekking bike with camping equipment and a rolling surface of round pebbles.

In Passau the cycle path still follows the Inn, but at the left site are expensive apartment houses instead of trees. The cycle path leads directly into the center.

From there it is a short way to the tent camping near the river Ilz, the smallest river of the three that confluence in Passau. The biggest is the Inn and the longest is the Danube.