These hours I added the maps including the recorded GPX tracks to the daily blog posts (start from here). There are some issues in the tracks like an elevation of -17 meters as I was on sea level or spikes if there was a weak or missing GPS signal in narrow valleys and tunnels, but in most cases the GPX track is fine.

There is also a difference in the distance recorded via GPX and the tachometer. That could be caused by the fact that I did not cycle straight forward between the recorded coordinates and the circumference of the tyre was not measured exactly enough.

Photos etc. I will include later.

On the camping everybody was trying to dry and clean up after the nightly rain showers.
I started for a last walk through the town. Today nobody was waiting for the Cachot, the poor housing of Bernadettes family after their mill went bankrupt. The way it looks now is not a big difference to the other houses they lived in. 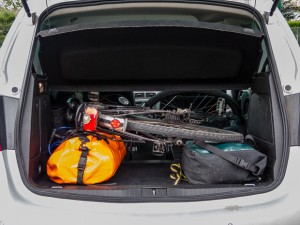 At 3 pm I cooked me a meal and then started packing all my stuff. Just before closing time I picked up the car at AVIS and my bicycle really fitted completely in the car.
I planned to use the 24hrs rent in two sections with a 6hrs sleep in between. The route was basically over route nationals and free sections of the autoroutes. If I would have time  problems, I could switch to the paid sections. At the end I arrived after 22 hrs in Strasbourg. 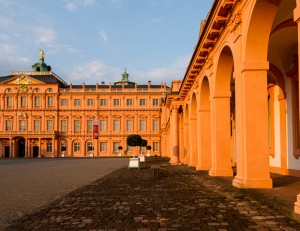 A further 55 km I cycled to Rastatt, where I will be picked up by Monika, my wife.

At 7 AM the weather was splendid: clear views to the near and far mountains, so I decided to make a trip to the south. After breakfast and preparation of my lunch I started. The weather changed already to cloudy at the mountain tops. In Lourdes I followed the signs to the beginning of the Voie Verte, but at a roundabout I oversaw one of the signs, so I changed to the right route 300 m after the entry. This is not the only time I missed the start. They are often hidden and to jump to a Voie Verte at a later point is mostly difficult. There are just too few interchanges with the other streets.
This Voie Verte is rather flat. Height difference after 20 km just 50 m. The end is at the old station of Pierrefitte-Nestalas. I continued on a small street that seemed to extend the Voie Verte; a wrong decision, because the river had destroyed a little bridge completely (OSM is not up to date here). I mastered the crossing of the riverbed,  so I could continue with the other bank.
Now it was time to decide for the next étappe and I opted for the Pont d`Espagne. There is another Voie Verte going that direction an again I missed the start point and could jump on near a camping. The surface was not as smooth as on the other Voie Verte, even partly sharp stones. The path was also having a steeper ascent buy not too bad. In a 300 m long tunnel 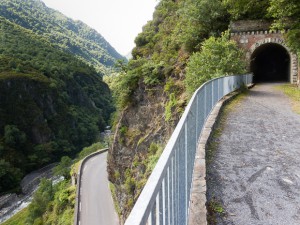 there was sparse light and I just could hope, that the path surface did not have obstacles. Near a farm called La Galène cyclists had to dismount and walk. Debris had hurried the old railroad and the deviation was only a small path. Some minutes later I had to change to the normal road, because it was forbidden and to dangerous to continue on the Voie Verte (again: OSM does not show this). Traffic was not too much and other road users paid attention, so it was also comfortable to use the D920.
In the height of 800 m also the original road had been destroyed by natural forces; a completely new road had been constructed on a higher level and some extra bends (again OSM first not show the current situation; I will update this at home). In Cauterets are many campings and the village is nice.
It seems to be the base for enjoyment of the higher Pyrenees. The road got some steeper and lead along cascades and former spa`s (I could smell the sulphur).
The road ends in a big parking area for cars. But also cycling was not allowed from that point on, so I walked the last 300 m to the Pont d`Espagne at nearly 1500 m height. There were a lot of visitors at the site, looking to two waterfalls joining at the bridge. 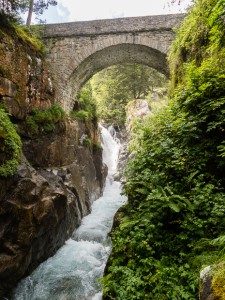 After my lunch I cycled nearly the same way back, leaving out the damaged Voie Verte and the demolished bridge.
On the return journey there was a very light rain that did not require any rain protection (the rain shower came as I was washing my dishes on the camping; it did not last long.
Distance today: 83 km, climb 1050 m.

The real heavy rain shower was later that night. The drops felt horizontally, due to the accompanying storm. In that way parts of the inner tent and my sleeping bag got wet. I had to remove the water first and then look for the driest part of the sleeping bag to use as cover. My air filled light mattress isolated the moisture well, so I could sleep.