I had to return to my route first and I took the calculated result from the gpsmap 66s. Yes the route was possible to take. But after rain there would be too much mud.

And the route through Prague was between living areas, but still nearly everywhere on cycle ways.

There were several obstacles on the route. The first one was a blocked road due to renewal of water and waist water pipes.

Later a park had been extended and the official bicycle green way ended before a gate and a heap of stones, but passage was possible and on the other side the route continued. At the second gate there was a guard, but he didn’t notice that I passed.

Five minutes later a bridge was under reconstruction. On a narrow concrete stripe I pushed my bicycle without falling into the creek.

The last obstacle was the ferry to Troja that was out of operation, so I made the alternative route via a modern suspension bridge, about 1,5 km upstream. 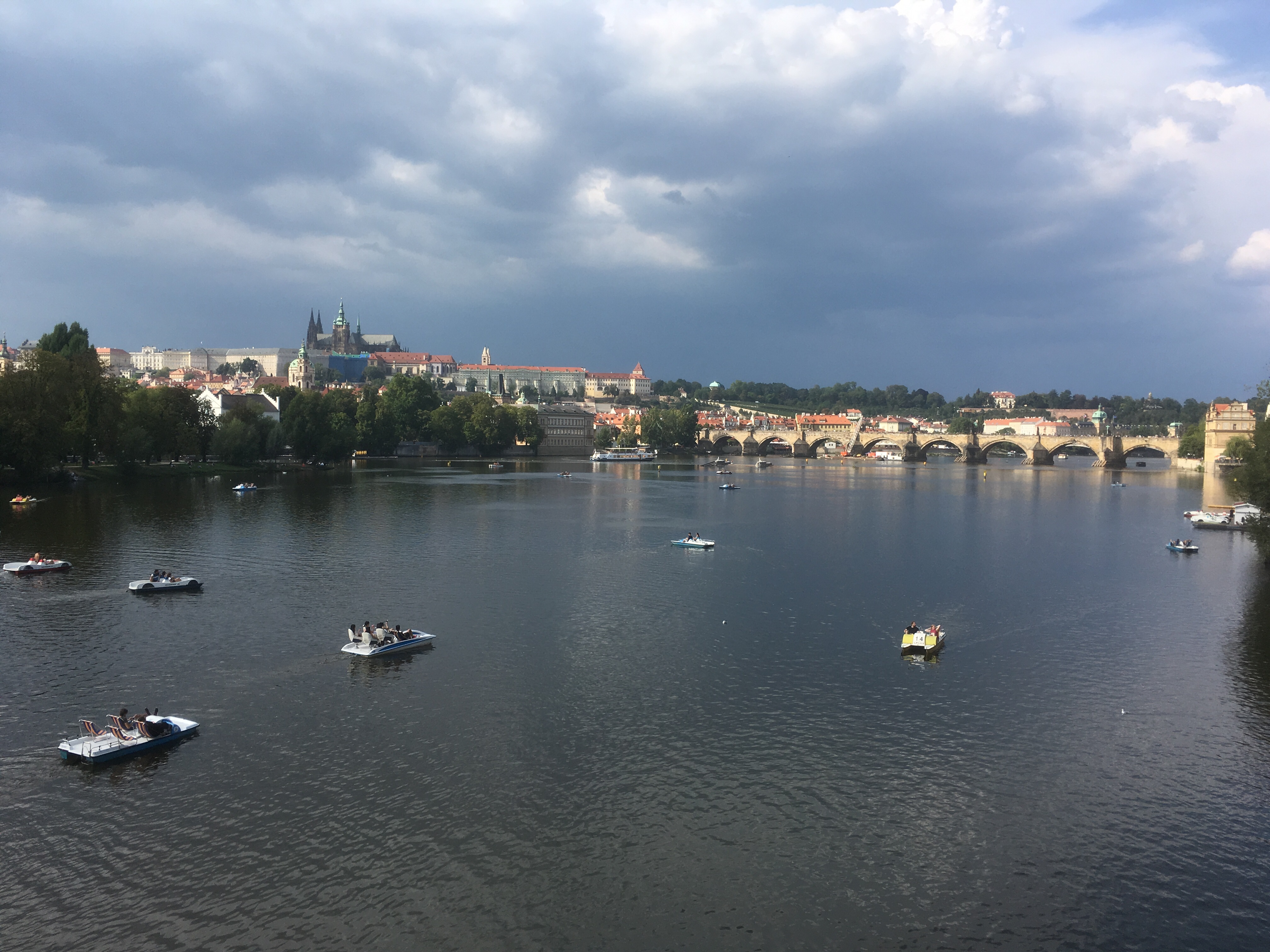 The Charles Bridge in Prague