In Ceske Budovice I had a look on the central square again. Then I followed the cycle route 7 along the Moldau. The first kilometers was crowded with roller skaters an jogging persons. From Ceske Budovice on the river seems to be shippable, because near every dam there are locks.

Near Zamosti the Moldau castle arises from the trees. Actually it is named Vltavou castle, because the Czech name for the Moldau is Vltava.

From Zamosti I switched to the cycle path 11 that follows for a short time the east bank of the Moldau and then turns slightly eastwards, but still heading for Prague of course. This route shows small villages. They all have a little church in the central oval, just restored by support of the EU.

In Tabor, a bigger town it was crowded and it even had a camping, but it was to early to stop.

But as I started to search for a camping at 5pm the campings were fake. They existed on signs or in the map, but in reality they did not accept guests or were abandoned. So for this night I pitched my tent near a pond called Jelito in a small park. 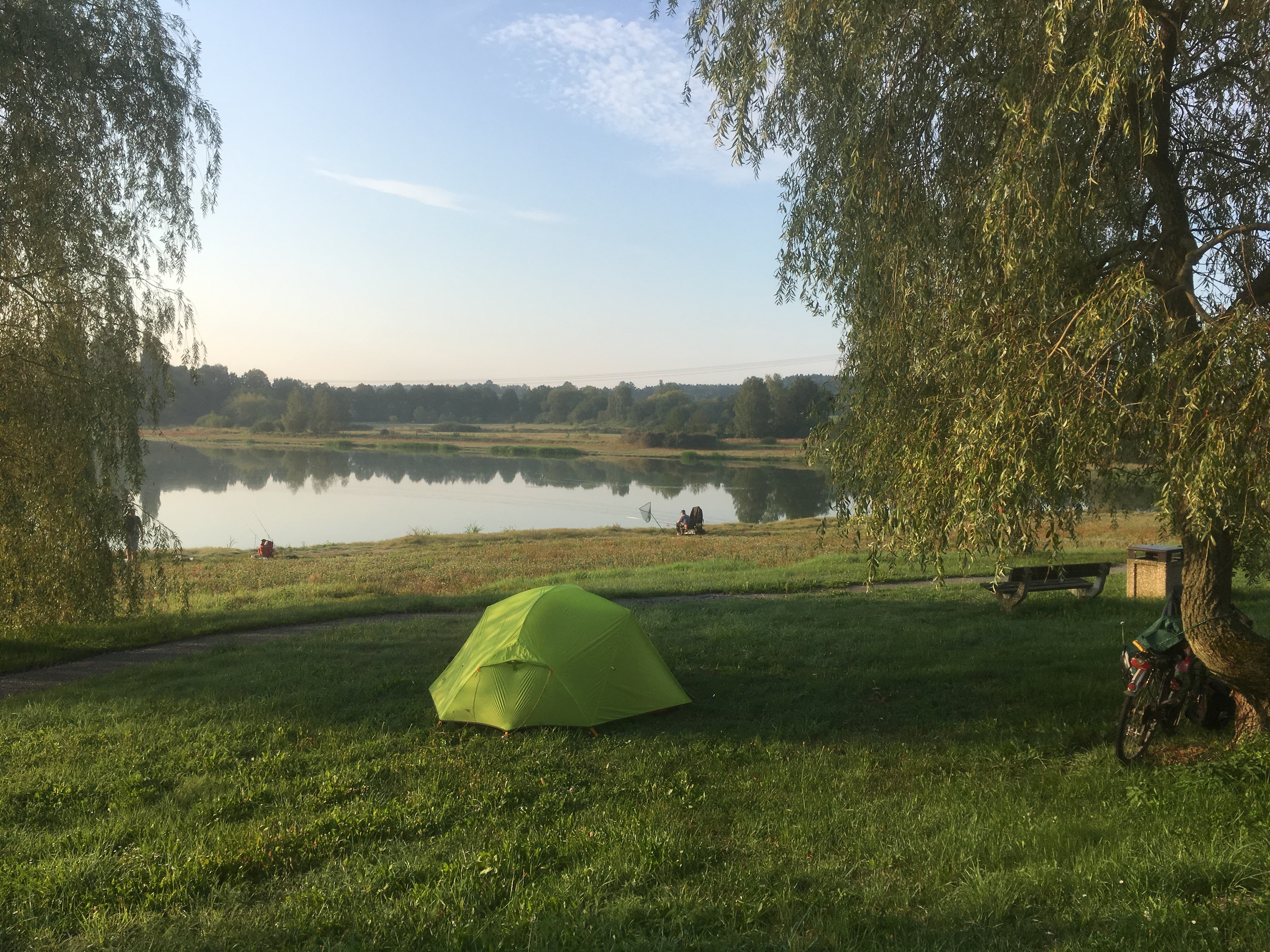